What is Obstetrics and Gynecology?

Gynecology and Obstetrics specialization, which deals with gynecology and female reproductive organ structures, refers to the branch of "Gynecology and Obstetrics", which is a branch of medicine. Gynecology is concerned with the diagnosis and treatment of all kinds of diseases of the female reproductive organs such as the uterus, cervix, vagina, vulva, tubes, while the Obstetrics department deals with pregnancy follow-up and elimination of pregnancy problems. In addition, the diagnosis of female infertility problem, uterine film shooting, egg tracking, vaccination and treatment through in vitro fertilization methods are also in the field of interest of this section.

The Department of Obstetrics and Gynecology, apart from obstetrics and pregnancy, is a department that provides services with all the possibilities of modern medicine in subjects such as pediatric - adolescent gynecology, gynecological cancers, urogynecology, reproductive health, high-risk pregnancies, sexual dysfunction, menopause, gynecological operations.

Which Diseases Does Obstetrics and Gynecology Treat?

Diseases that are examined in the Gynecology and Obstetrics department and whose diagnosis and treatment processes are followed are as follows:

•Diagnosis and treatment of hormonal disorders

In the Obstetrics and Gynecology department, necessary pre-pregnancy examinations and information are provided. The pregnancy process is followed in detail and meticulously, and the health of the mother and baby is given meticulous attention. Information is given about what needs to be done about childbirth for the continuation of healthy generations, precautions are taken and intervention is made if necessary. In addition, issues such as prevention of risks that may develop with consanguineous marriages, screening for genetic disorders, chromosome analysis are also included in this section. The services provided in this context can be summarized as follows:

•Examination of the necessary laboratory tests with the control of maternal health,

•Detection of pregnancy from the 5th week with abdominal and/or transvaginal ultrasound and close follow-up of the development process,

•Providing supportive services such as adapting to the expectant mother during pregnancy in terms of mental, physical and nutritional issues and preparing for birth,

•Monitoring the baby's heartbeat and determining the well-being of the baby with a fetal monitor device (NST) in the following weeks of pregnancy,

•The care of the baby from birth by the newborn specialist team,

Diseases such as uterine prolapse, urinary incontinence and sagging bladder, which are frequently seen in women, are serious problems and must be treated. Examination, clinical evaluation and urodynamic examinations are performed in the Obstetrics and Gynecology Department depending on the intensity of the complaints of the patients who come with such complaints. The appropriate treatment method is determined for the patient:

Breast cancer, cervical and ovarian cancers are the leading causes of cancer-related deaths in women all over the world. However, a few simple tests that women will have to have during the year ensure the early diagnosis of gynecological cancer types and prevent bigger problems. The Department of Obstetrics and Gynecology deals with cancers of the female reproductive organs:

Regular gynecological controls should not be interrupted during menopause, which is a very important period for women's health. Considering that 45% of cancers occurring in the female body originate from the genital organs and that these disorders are most common between the ages of 40-55, it is necessary to be more careful during menopause. Regular check-ups for breast cancer, ovarian cancer, uterine cancer, cervical cancer and external genital organ cancers are important in terms of early diagnosis of diseases in this period. Things to do during menopause;

It is important to provide controls and information about gynecological problems and natural processes of girls and young girls. Obstetrics and Gynecology department is a department where not only the treatment of gynecological diseases, but also necessary information is provided. To give an example, enlightening information is given to girls suffering from menstrual pain by the gynecologist.

•Opening of septum and adhesions,

•Removal of polyps and Myoma,

•Endometrial resection and other surgical operations.

Our hospitals with Gynecology and Obstetrics units
Medicana Ataşehir 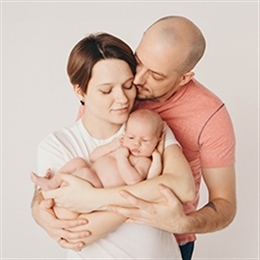 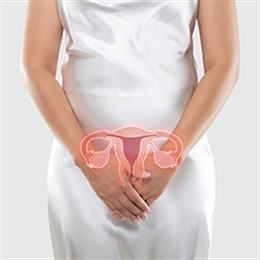